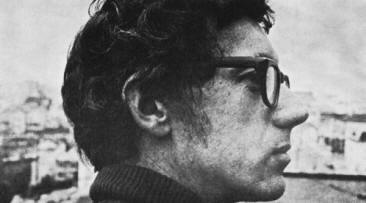 Raimonds Staprans began working in the Bay Area in the 1950s...a time when other artists in that region were rediscovering figurative painting.


Although Staprans work has similarities to that of the "Bay Area Figarative" guild, Raimonds Staprans created his own distinctive niche.
Biography
Raimonds Staprans was born in Riga, Latvia in 1926 and has been a Bay Area resident since the 1950s. Staprans is known internationally to curators and collectors for his vivid, abstract views of nature and natural forms in his work. Raimonds Staprans work, which is often compared to that of Wayne Thiebaud, David Park and Richard Diebenkorn, can be found in the collection of the Fine Arts Museums of San Francisco and other local and national institutions.

Raimonds Staprans and his family immigrated to America in 1947. Raimonds studied art at the University of Washington under Alexander Archipenko and Mark Tobey then moved to the San Francisco Bay Area to begin graduate studies at the University of California, Berkeley. He studied with Hans Hofmann and Karl Kasten, among others, and graduated with a Masters of Fine Arts in 1954.

Staprans began working in the Bay Area in the 1950s...a time when other artists in that region were rediscovering figurative painting. With Abstract Expressionism at the forefront of American painting, these artists, which included David Park, Richard Diebenkorn, Elmer Bischoff, Wayne Thiebaud, James Weeks, and Roland Peterson, often referred to as the Bay Area Figurative artists, explored inventive new ways to depict traditional subject matter, the figure, landscape, and still life.

Although Staprans work has similarities to that of the "Bay Area Figarative" guild, Raimonds Staprans created his own distinctive niche within this movement through his pared down compositions and his rich, saturated palette. Staprans rarely paints the human figure, choosing instead to skillfully construct still life and landscape subjects that are notable for his sensitive response to light and color. Staprans is said to examine the "architecture" of everyday objects in his art using explosive color and flattened compositions, creating a "tension between representation and abstraction that plays with viewers expectations.".

Raimonds Staprans is also an accomplished playwright. Most of his plays are set in Latvia during the 20th century. His play "The Freezing" was produced in 1979 by the San Francisco Little Theater and the Latvian National Theater in 1980. His 1989 play, "Four Days in June", depicted the Soviet occupation of Latvia in 1940. It was performed in Riga to more than 100 sold-out audiences, and later won first prize in the Baltic Theatre Festival. "Four Days in June" is regarded as having played an integral part in the pro-democracy movement in Latvia during the momentous changes following the end of the Soviet Union.
Available Paintings
No Items Currently For Sale