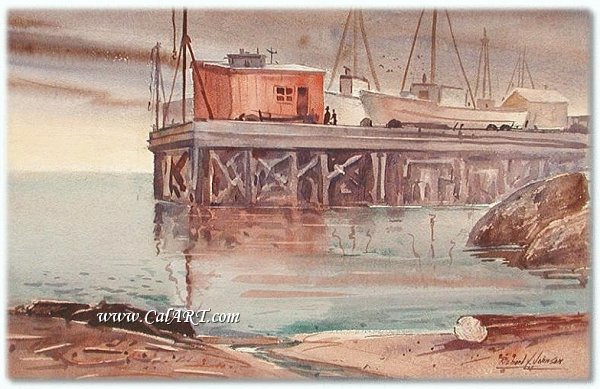 Johnsons art career, interrupted for service with the Air Corps in World War II, included illustration in Los Angeles and New York and specialization in outdoor advertising. His love for the outdoors & nature is most evident in his many landscape & coastal paintings of California, Oregon & Hawaii. He also painted many scenes during trips to Japan, China, Vietnam, the South Pacific, Europe, and Scandinavia.

He earned a lifetime teaching credential in Oil and Watercolor from the state of California, resulting from 25 years of teaching at Orange Coast College and Coastline Community College of Costa Mesa and was on the founding faculty of the CCCD.

He is listed in AskART.com, Hughes, Who's & Davenports.
Available Paintings
No Items Currently For Sale