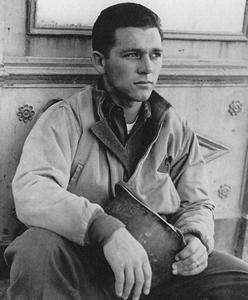 Ed Reep grew up in Southern California. He became interested in watercolor painting while studying with Stanley Reckless and received further instruction from Barse Miller. During World War 11, Reep became a combat artist for the United States Army and was sent to Italy. With the war going on all around him, Reep managed to paint depictions of what was happening.

As a result of his outstanding contributions to war art, Ed Reep was awarded a Guggenheim Fellowship to help finance his pursuit of art. From 1947 to 1950, he painted, exhibited and taught art at the Art Center School. In the 1950s, he worked with one of his former teachers, Emit Bisttram, at the Bisttram School of Art. He also began a nineteen year job as an art instructor for the Chouinard Art Institute during this era.